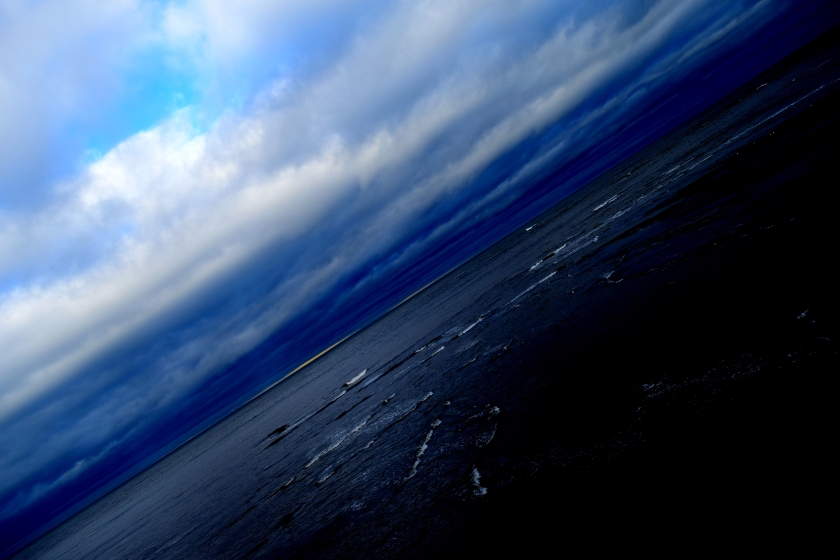 Watch the grass as it waves gently to you, and pick another thorn out of your knees. Under the six legged giant, I smell rust and old tar. I can hear furtive whispers between the nullifying silences. Sometimes a bird will call out; sometimes I can hear the creak of metal. The stone remains, silently observant, judgemental. Painted figures without faces stare down like a rainbow jury.

When you feel the vibration, it is time to slink away and take cover. Stones dance and bounce on the old wood as another behemoth streaks through like a rocket-propelled bulldozer. It leaves behind two streaks of black where the fire connects briefly. We scramble for the gaps, crouching in the nettles and biting our lips as the sting sinks in. We smell piss and degradation. We raise up our palms and offer a ‘high-five’ to the ghosts. It passes through us with a cold slap to the chin.

Under secret tunnels, plans are hatched for the Great War. Once a month it comes upon us, a hulking monster of rivets and flesh, hammered and bound in a too-tight suit of skin and fluids. It drips as it stamps, antagonised by the pain and the rending of tissue. A tall limbed creature of indeterminate age, bound up in pink and leaking skin with two ‘X’ slashes for a face. It is as tall as any financial building and no less dangerous. We cower beneath the stones and ferret deeper below, covering our heads as every footstep showers our scalps in sharp shrapnel. Even as we strain to think, the blood flows down our foreheads.

An old man tells us that he remembers ancient battles. In a piece of archaic chicanery he produces a rusted sword and jams it deep between two bricks. His mattress is black from damp and his own filth and squalor. Everything about him is black, grey or brown – his blue eyes pierce out as his only deference to vibrant colour. He lies in a steel coffin and scratches musical notes into the sides with a piece of flint. These are the symphonies he knows and they are all he knows. Gaunt and skeletal, food and warmth are unimportant to him. He knows he will die soon but he can’t work out why. So he continues to make music that no one will ever hear.

We are too nice. The next morning, whilst the old man is away, we take it in turns to piss inside his steel box in an attempt at inhumane savagery. We leave behind four revolting salted puddles of urine and tears. When we see him again he smiles at us but it is a knowing smile. We have transcended from innocence into fluid morality, like two virgins de-flowered and coming up smiling for more. He stops talking to us like kids and talks to us like adults. The fairytales dry up and disappear. The old stories are gone. His jaw is firm, the ice blue now two defensive arrow slits.

Sitting in an underground bunker, you are waving around an old revolver. The Big Questions are being asked. Why did she have to smile like that at me and then ignore me the next day? Why was I made to see those eyes sparkling with interest, moist from cornea to groin, only to suffer them extinguished dull a day later? What did that last hug mean… the squeeze, burying her head into my shoulder? Her nose brushed against my neck. In that moment, I felt the Pacific Ocean parting wide and draining as the great tectonic plates ground against each other one last time before recoiling away in an explosive tremor. I could smell perfume, shampoo and old coffee masked unsuccessfully with chewing gum, a stale odour that I wanted to taste over and over again. Her cold, goosebumped thighs with the faintest of leg stubble raised like Velcro to attach to me, contrasting with the warmth beating from our laps as I slip inside and our sex connects and she grabs a handful of my neck and I am deep my friend… I am deep…..and I look up to see you are pointing that old revolver at my head, looking down the barrel with one eye. You bend your arm backwards to point the gun at your own forehead, upside down, and you press the trigger. Despite the rust it unexpectedly clicks over, the chamber empty. You say to me; if all that is true, I’d end it all for myself right now. I’m not sure any one person can handle that much feeling, which is a pithy line, a fine attempt at emotional detachment, but I can see you are shaking as you gently place the gun back down on the floor and you don’t touch it for the rest of our meeting.

I checked the chambers after you’d gone. Two were loaded. I neglect to tell you this because, armed with a sense of invulnerability, I don’t know what you’d try and do.

When we first met, you’d saved my life. In a literal sense. Yours was the hand that appeared as I struggled near the top of a sheer and tall incline, stones and handholds crumbling around me. In retrospect I probably wouldn’t have died. I’ve since climbed it and walked down it many times. But in that moment, I felt death and I went through the usual stages – fear, panic, anger, acceptance and then real, rib-breaking, sternum shattering fucking fear. You were always stronger than me, and yet my grip on that day nearly threw us both over. Before I slept that night, I knew everything about you, especially the things you didn’t tell me.

I’m reflecting on this now as I sit and look down at the ghost of my precarious self. My legs are dangling and I’m swinging a leg or brushing a foot against a stone that I swear still has my desperate fingernail marks on it. You ask me, reclining back into the rays of a winter sun, where it all went wrong? I look out over an urban metropolis of fetid apathy, the dank stench of disuse, a pile of stagnant nightmares desperate for some kind of disarray, some kind of jolt from below. You told me earlier that we were looking sideways into a glass jar of oil and water – the oil forming a floating layer to keep the precious fluid below. When they look down they cannot see the water because it is all clear to the bottom, but we can see…. yes…. from the side we can see the layers. I say that nothing ever goes wrong, things just happen. Things can just happen again and the jug can be turned upside down and the water can be free. You said to me; you’ve always been an optimist and, to my annoyance, you stubbed out another cigarette on your forehead which now has the appearance of one face of a dice, the average gambler who has just thrown a four, who cannot feel the low of a one or the high of a six, who cannot feel anything but burning pain.

Back to your question. Where did it all go wrong? I ask it again aloud, rhetorically, and with a mighty kick I send that fingernail-scarred stone wrenched out from the earth and tumbling in little puffs of chalk dust all the way to the bottom. There, I say smiling as you look up and balance on the crook of your elbows. I put a hand on your chest and force you gently back horizontal. It’s fine now, I say, I’ve fixed it.

We wait for the sunset, obediently.