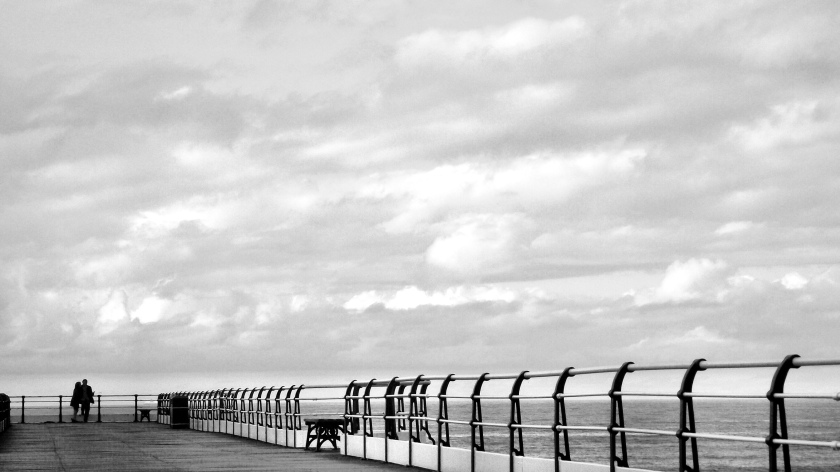 I stopped The Boy from eating his own shoes.  I’m agnostic but I hope that my deeds will see me rewarded.  He’d smeared the toe of his trainers in dog shit, sitting down on a worthless concrete block of nothing to bend his leg up to his mouth.

I was not gentle.

I landed a right hook across his temple, feeling my knuckles sink into the soft skin.  If you held a gun to my head now, I would swear that I felt his brain rattle and swirl in his submerged skull.  No matter.  I apologised many times.  He stank but I continued to concentrate.  The Boy forgave me as well.  The Boy was very quick to forgive.

It is easy to forgive when you have no one else except a woman who tattoos you with a rusty knitting needle and a cigarette lighter.

One swelteringly, tarmac meltingly hot day in summer, The Boy sat next to me on a bench that roasted my arse cheeks to charcoal.  Around us, we could hear the whoops and cheers and cries of The Future, all those boys and girls destined to prolong the human race for another few years with our ceaseless search for amenities.  I sat, languid with my buttocks burning, chewing on a sandwich.  Behind us, marriages were being arranged amongst the barely teened and in front, in widescreen 3D, Adam Strickback was attempting to use a shoot of bamboo to lift the skirt of Laura Parnell.  She could’ve run away in any direction, but she kept giving him chances.  And every time he got the faintest whisper of heavy cotton skirt, she giggled and swept away to be caught again.

“The problem is” said The Boy, “that I can spend ten days telling myself that I am over Her.  And then something happens… a song or a picture or a memory… her image appears…. and I find myself thinking about her for ten seconds and it’s all undone.”

He sighed and flicked his Zippo lighter onto the careless threads of his well-worn school trousers.

“Ten seconds is all it takes to destroy ten days.  I’m back to where I started.  Hopeless, cockless and lost.”

I put my arm around him.  In the deeply homophobic environment of the school playground I expected him to laugh or to shrink away but he folded against the crook of my arm and leaned in deeper.

I hated the way she tilted her head slightly and smiled whenever I said something that piqued her interest.  I hated it because I knew The Boy had never seen that face, that affectation, and I knew he never would.  ‘Tell me more’ she would purr, mockingly, grabbing for my flaccid groin.  At times like this I wish I could show The Boy it wasn’t all fun and fucking at The Top.  It was hard but for different reasons.  She expected The Idiot to fuck, and not think, and he couldn’t do either.  She expected The Genius to think, and not fuck, and I couldn’t do either.

Instead, and at her own bidding, I allowed myself to stick a finger inside a gas heater until my fingertip was charred black.  I can only describe the pain in terms of how it eventually stopped burning as my nerves were charcoalled into dust.  When the tips of my fingers went numb, and I congratulated myself on not fainting by concentrating hard on the children’s cartoons I’d memorised the night before, I thought I was about to win… for once.

But then my fingerprints dropped away like ash, my identity became rumour and you wouldn’t stop fucking smiling at me in that way that you did.

I walked, briskly, along the January pier as the sea foamed and crashed around me.  I could see The Boy standing bowed and black on the lip of the stone, looking down at a swirling, tempestuous tide.  I approached him with barely disguised casuality, putting a gentle pair of fingertips on his collarbone.  I asked him, ‘are you okay?’

He turned to look at me, and the tears were already running down his frozen red cheeks.  He’d already made his mind up.

He stepped away from the edge of the sea and buried himself in my armpit, looking for warmth.  I squeezed his shoulders and looked out over the gray, foaming ocean.  The waves, just twenty or thirty yards away, clapped and clasped together.  I realised that it was not too late to lose him.

I ushered him away as quickly as he would allow.  As I lifted my arm to let the sun shine down on his face it hid behind a bank of monstrous cloud and I knew what I was against.

I extinguish my cigarette and get up out of my seat.  The young couple apologise profusely but I insist – I insist  – that everything is fine.  I’ve already destroyed two relationships at this point, no sense in going for the match ball.  They want their moment.  I want them to have their moment.  I know that it won’t last.  I know that one terrible argument will take away the last desperate wooden support and send the entire house of cards crashing down.

I feel guilty and I remember showing you how to build a house of cards.  I remember talking to you as you swung from a tree by your neck.  I remember telling you about a hiding place where you were guaranteed to never be discovered.

It isn’t the knife that troubles me.  For a long time, you’ve introduced knives into our sex life.  You’ve warned me of dire consequences as I savagedly rammed you from behind.  One evening, when I tried to surprise you with a ravishing against the wall of my apartment after work, you grabbed my tie and held it up as if to strangle me even as I was thrusting my flesh deep inside you.  Another time you rode my dick to spermatic oblivion whilst holding a butterfly knife to my throat; pushing down on my cock and telling me you love me as I feel the blade papercutting my goosepimples.

It’s when the knife is missing.

You let yourself into my house – of course you do – and I’m all ready to be the dominant.  I’ve been looking online for self-defence courses regarding weapons and insanity.  I’m ready for all that you can penetrate me with.

And then, you enter my front door.  One strap falls from your shoulder.  The second is not far behind.

The dress falls away past your hips, knees and ankles.

I am prisoner to your hourglass.  My eyes are glazed to thoughts of pink roses and wallpaper paste.

It’s only when you push me down by my shoulders and I see a glint of bright aluminium from the hip-strap of your panties that I realise who is in charge here.

The next couple of hours pass by in seconds.  I am a weak man, but I am lucky to be alive.