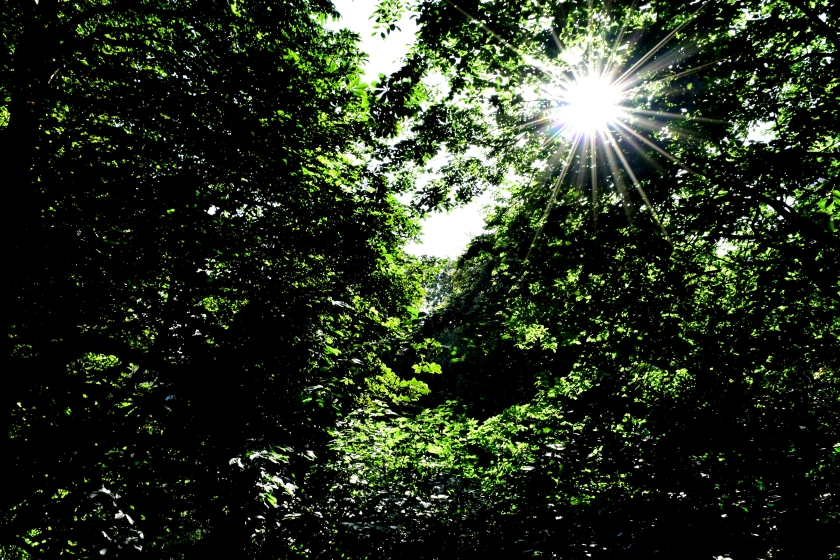 I sit on a hard, backless bench, hands clasped and bored as though I’m at church, bored to the infantile prattlings of the damnless, people so witless that they couldn’t sin if they tried, unless the sin was to be fireless.  I look across to a young man pushing food around his plate and jiggling his knees up and down.  A woman stares over my head, dreaming of her last cigarette in 2004, or her last serious, toe-curling, teeth-clenching fuck on her birthday in 2007, or maybe she’s counting the dead flies caught in the cobweb that no one wants to go near.

Moving outside, I look for the sea and a limitless horizon pricked by specks of white where the waves are breaking on a wild day.  Clouds mass and collide like drunks at the horse racing.  I sneak up behind a girl called Cessy and pull her hair out of it’s ornate bun.  She swings around like a brunette Medusa and the curled ends, now free, whip my face and leave me with kitten scratches below my eye.

Late at night, I walk the corridors of the motel and panic at what sounds like a seventy year old couple in Room 225 fighting off death; struggling and gasping to keep their hearts beating.  I run away, gather my thoughts and return, but all is silent now.  I am relieved to see them the next morning, and when I go into the room there are two used condoms in the bathroom bin.